The Legacy of Mitra Mandiri Informatika (MMI) began in 1992 as a software development Company. Having started in the Telecommunication Industry, MMI achieved significant success in the area after just a few short years. The company further spread its solutions to the public Sector, Utilities and other Industry. MMI’s continued success is apparent when in 1996, MMI was appointed as an IBM Business Partner in Indonesia, and received an achievement award just a year later. MMI is an IBM Premier Business Partner from 2007 until today.
Today MMI does not only provides Software and Hardware Infrastructure to the clients, MMI also delivers total IT Solutions, including Supply Chain Management (SCM), E-Government (ERP), Consulting Services, and Managed-services.

Searching for jobs...
No jobs found

Candidate must possess at least a Diploma, Bachelor&#39;s Degree, any field. At least 1 year of working experience in the related field is required for this position / Fresh Graduate are welcome Can...Lihat Detail

Candidat must process at least Diploma / Bachelor Degree in IT or Equivalent (Fresh Graduate are welcome) Familiar with Linux environment such as Ubuntu, Red Hat etc Familiar with web servers (Nginx...Lihat Detail 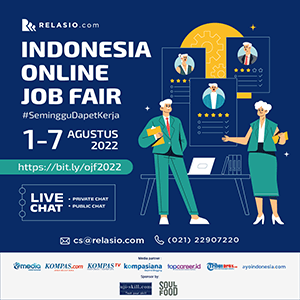