PT Chandra Asri Petrochemical Tbk (CAP) is the largest petrochemical company and vertically integrated in Indonesia. CAP is the largest petrochemical producer and integrated in Indonesia and the only one in Indonesia, which operates the Naphtha Cracker. CAP produces Olefins (Ethylene, Propylene and derivatives products such as Py - Gas and Mixed C4) and Polyolefins (Polyethylene, Ethylene derivative products, and polypropylene, propylene derivative products), and Styrene Monomer and its derivative products such as Ethyl Benzene, Toluene and Benzene Toluene mixtures. CAP is the only domestic producer of Ethylene and Styrene Monomer and one of the two domestic manufacturers that produce propylene and polyethylene in Indonesia and the Company's products is the basic ingredient of production of various consumer and industrial products.
In addition to PT Styrindo Mono Indonesia, CAP also has another subsidiary, PT Petrochemicals Butadiene Indonesia (PBI) which is the first Butadiene plant in Indonesia. PBI produces Butadiene which is the Synthetic Butadiene Rubbers raw material that used for tires and materials for the manufacture of gloves and rubber footwear .
CAP also collaborated with world - class tire company to work on the factory synthetic rubber which is managed by a subsidiary that is PT Indonesia Synthetic Rubber (SRI) .

Having a K3 certificate is preferred In depth knowledge of legistation (e.g. OSHA) and procedures Knowledge of potentially hazardous materials or practices Experience in writing reports and poli...Lihat Detail

Have excellent technical and communication skills, problem solving and analytical skills Has knowledge on the design and construction Has knowledge on code and standard, procedure and specificatio...Lihat Detail

Responsible for the optimization of appropriate technology / system for learning and development program Manage and perform the data management and and record management process for competency devel...Lihat Detail

To support Project Department Main role as document control and translater (translating in Bahasa to English) Provide secretarial and administrative support in order to ensure the municipal operat...Lihat Detail

Responsible to give first aid while on duty based on emergency handling procedure until next action Responsible to make routine report (daily, weekly, or monthly) about decease case, work incidents,...Lihat Detail 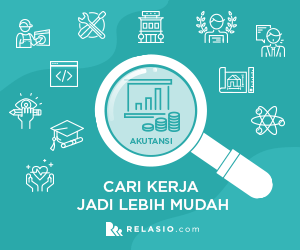